Dice Conquers Love (Or The Other Way Round) 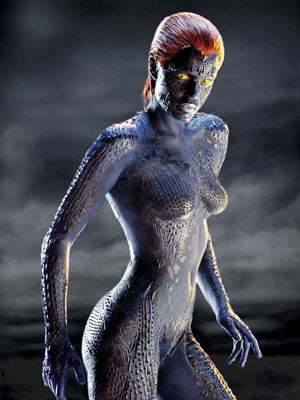 I've been holding off on posting this since Tuesday afternoon when a particular playtest wrapped up for the day and it was time to get back to work. If you've been following me on Twitter, I've been teasing it and while it's likely not that hard to guess, the temptation to hold off on going public with it (or as far as posting for 20 people to read can be considered "going public") has been great... but not enough.

Tuesday morning, as I prepared to find my ass groove in my office chair, I was approached with a counteroffer by my fiancee, Chelsea. "If I were to play your game, could I be Mystique?" It's hard to remember every nuance of your reaction when you're in shock, but I'm sure I stopped, blinked several times as if I had an eyelash in my eye, and turned towards her with my tongue hanging out of my mouth.

"Sure, but only if I get to play Mystique."

How Much Is Too Much?: Struggling With Job Structure

Phew, been a while since I've posted on here, right? To be honest, it's because writing, design, and development on Killshot has been damn near flawless and has flowed from my fingers like a maestro on the piano. Plus I've had the unexpected fortune of a new playtester... but I'll get into that later.

The past two weeks have been spent pouring words into Killshot: Direction, the guidebook for running this RPG as a Director. While I initially expected some hiccups in the writing process as I've never EVER written a basic GM supplement like this before, it's been quite a lovely surprise to see how the fundamentals of Killshot's mechanics can be presented to new Directors. I've even been able to draft up some optional rules for more experienced Directors when the time comes and made notes for upcoming articles in The Killshot Files. At this moment, I have the majority of Chapter 1: Understanding Killshot, all of Chapter 3: Beyond the Job, and the revised draft of the first Killshot job, Dealing Justice, complete.

Today is all about writing the first draft of the second job, Swift Justice. The mark is a city judge, so it's a steep rise in difficulty from killing a piece of shit meth dealer, but perfect to demonstrate how stats like Sense and Mind can be just as important - if not more so - in the game. I've been juggling different ideas for this job over the past couple of weeks and hammered out a plot hook last night, giving me the adrenaline I needed to fire this sucker off to close off the week.