A Year of Killshot 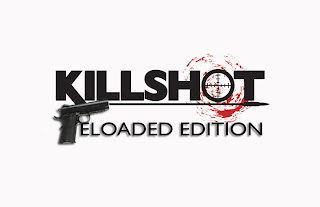 Yesterday, I posted the sales results for Killshot after a year on the shelf. Today, I'm looking at those results from a game designer POV.

As a publisher, it's my decision that Killshot is financially successful, but only by a small margin. While it's currently in the hole by $121, that's easy enough to make back over a few more months if things continue on a predicted course (meaning the attention from last month slows down exponentially until it dries up again by the end of the year). While it's not a profit, it's not a loss either and in independent publishing, that's pretty good for a first time at bat.

Regular readers and Killshot fans will know I've been knee deep in putting together a sequel to the game, Killshot Reloaded. With this kind of information in tow, especially when combined with the ENnie award (which is a HUGE factor compared to the same time last month), I need to make adjustments and decisions about Reloaded, how it will be designed, and how it will be released. Plus it's handy for other project down the road as well, especially with Optional Core.

The thing about Killshot as a whole is that it was one big experiment. Everything, every single step in the process, including design, was an experiment to analyze for future projects. How it was released was another step in the experimentation and these numbers provide some crucial facts on the success and failures of that experiment. Here's what I've gathered.