Over the weekend, I received a very cool surprise: a signed DVD and poster for a horror movie called Werewolf Fever shot here in Renfrew. I'd heard about it right after moving here in 2010 and it never came up again until my buddy handed it to me on Sunday.

Last month, I was supposed to attend the Ottawa Comic Con and had to bail at the last minute due to car troubles (which was really ironic because I barely have access to a car for one to be busted). Turns out the cast and crew had a booth promoting the movie and my good, good, goodgood friend got them to sign a copy of the DVD and poster for Chelsea and I.

First off, it's by no means a great film. Or good. But it's not trying to be. It's just goofy horror fun. Almost 95% of the movie takes place at Odi's Kingburger, a drive-in burger joint just on the edge of Renfrew, and simply knowing where it was shot made it a kick to watch. Tell you the truth, I've actually watched the movie twice. And went to Odi's for a burger afterwards. This must be what people in Hollywood or New York feel like (if either city only had 8,500 people and no one ever wrote songs about them).

The premise is simple: the employees of a late night drive-in (possibly during the 50s; it's hard to tell with the Budget rental cars in the background) are besieged by a werewolf trying to tear them limb from rollerskate. The only things keeping them alive are their wits, some roses, and a magic back door. OK, maybe just some roses and a magic back door. The kicker is the actual drive-in is located right next to a police station, making it high-larious for us locals as the employees try and come up with a plan to call for help after the phone lines have been cut.

In true schlock horror style, the acting is bad and the werewolf costume is questionable (looking like Sylvester Stallone suited up like Gizmo run over by an 18-wheeler), leaving most of the budget for make-up effects and squishy SFX. But I still had a hoot watching it. After pushing myself through Thankskilling sober, this is the good kind of bad. Good enough that I hope to actually meet the cast and crew in person to shake their hands.

It's easy to forget there are passionate, aspiring filmmakers behind these movies busting their ass behind the camera while trying to hold down a "real job." Especially when it's something many of us could only go so far as dream. So kudos to the cast & crew of Werewolf Fever - you've made a great piece of crap! 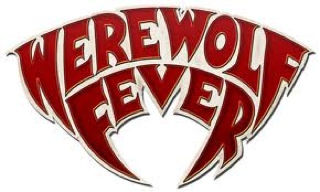