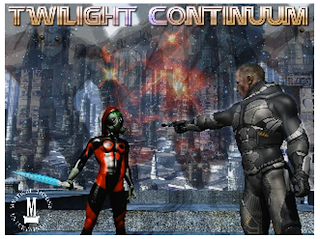 I am the Warden and holy crap am I involved in a lot of Kickstarter this year.

I have a little confession to make, dear readers. I've been keeping a secret from you, but before you start throwing emoticons of disappointment, there is a valid reason. It's a professional secret, one I could not talk about because it wasn't my secret to keep.

Last month, I was approached by Senior Aaron Huss from Mystical Throne Entertainment, publisher of Savage Insider (and my latest article set to release in April of this year) and webmaster for Roleplayers Chronicle (and home to my pride and joy, Under the Hood). He was putting together an adventure path for Savage Worlds called Perilous Journeys and wanted to know if I would be open and available as a campaign/adventure writer for two of the six-part series. Attached was an amazingly detailed plan of attack to get this project kickstarted and launched for release in the middle to late months of this year.

You know what, let's get you a link to check it out first. Behold the Kickstarter that is Twilight Continuum!!

The initial goal is to raise funds to complete the first adventure in the series, Vanguard. Once it passes the initial $11,000 goal, every additional stretch goal brings the next step closer to reality. To make the entire series a reality, we're looking at $66,000 for the complete 6-part series in PDF and print with additional goals to produce sweet features, including a hardcover compilation of Twilight Continuum.

Should everything work out and this project becomes a reality, I'll be handling Book Two: Enemy At The Gates and Book 5: Final Destination. What are they all about? Uh-uh, that's what the link is for. As time goes on and this project climbs higher and higher up the ladder, I'll be sure to tease up what's in store for our intrepid band of future warriors. Until then, check out Twilight Continuum and offer up your support for independent game publishers.
Posted by Unknown @ 10:55 No comments: Links to this post 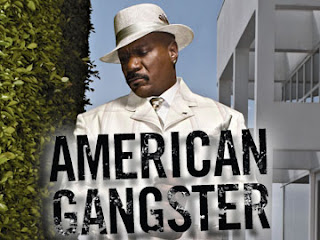 It may not come across in these posts, but I'm a huge true crime buff. Have been for close to twenty years and I still have close to two dozen VHS tapes filled with old episodes of American Justice from A&E's old days. With the recent addition of Identification Discovery (ID) and new additions of true crime shows and documentaries on Netflix and the perfect mixture of my fiancee becoming fascinated with true crime, it's running nearly non-stop on our TVs. It's not uncommon for us to fall asleep watching programs discussing horrific murders and bodies found in rivers.

One of the shows we're hooked on is American Gangster, narrated by Ving Rhames and originally aired on BET. Our usual interpretation of inner city gangsters invoke gang bangers and punks pointing their guns sideways in drive-by shootings. This series demonstrates the truth is often crazier than fiction.

If you're at all interesting in the genre, gangs, or American history in the 1960s and 1970s, highly recommend catching this one. Available now on Netflix.
Posted by Unknown @ 01:48 No comments: Links to this post

It was a busy week that finally came to an eventual end as a big online sale through OneBookShelf and my first convention as an exhibitor/publisher were rolled into a big week of sales (pointing out Killshot is now six months old). When it's all said and done, I pulled in $100 after commissions and expenses for all of the above with the majority of it coming from online sales. At the moment, I'm still in the red at close to $240. Helpful as the sale was, it's not something that's wise to repeat over and over again or else I might as well just drop the price down permanently (and it's a bit early and offensive to those first customers who purchased anything at full price).

What I need to focus on is getting the word out about the awesomeness of Killshot and that means conventions and videos. I know I've talked a lot about posting how-to-play videos and posted some rough footage of a new trailer, but that needs to move into a higher position as a weekend project. That leaves us to talk about conventions.

This past weekend's Game Summit was an interesting and educational experience, one that I enjoyed going through. Not just because it was my first con as a publisher/designer working an actual table (shared with the OTGD), but because I learned the table approach is not going to work for Killshot or the Optional System as a whole.

One of the most educational parts of the weekend was watching Corey Reid, creator of Dino-Pirates of Ninja Island, connect with fans and potential customers. It was either his personality, enthusiasm for his product, or that incredibly catchy title that brought them in and the remaining two closed the deal. He also had the benefit of association to help RPG fans connect to the mechanics (Dino-Pirates is influenced by True20 and 3rd edition D&D), something Killshot does have. At most, I can state it borrows elements from Savage Worlds (exploding dice), but everything was intended as original material from the ground up. (This really sounds like bragging when I read it, so I want to make sure that's not my intention at all. It's not an insult or snotty remark to Corey's work. I played a game of Dino-Pirates on Saturday night and all I can say is "undead steampunk-mechanized Tyrannosaurus Rex... on fire." How is that not awesome?)