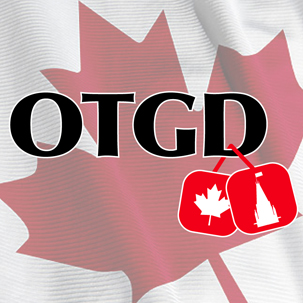 This is the Ottawa Tabletop Game Designers!!

Last week, a couple of other game designers were talking about a local comic book shop opening up a table for people like us to introduce and promote our games when the idea of "banding together" on a social site like Google+ was thrown out. The idea has now become a reality and over the weekend, the Ottawa Tabletop Game Designers page was launched.

While it's just starting up and features are on the light-to-nonexistent side right now, my plan is to feature many of the numerous aspiring and successful tabletop game designers in the Ottawa area as well as local artists, editors, and other freelancers plying their trade. Plus highlight stores and conventions where you can find these games as a kind of cross-promotion effort. With all the recent growth in gaming development and culture in Ottawa over the last couple of years, I've been surprised with the number of designers and publishers and would love to see this area become recognized for tabletop game production in the same way Montreal has become synonymous with video games.

So if you live in Ottawa or the surrounding valley, be sure to check out the page and follow away. Once we have an initial membership up and running, I'm looking to set up a Twitter feed and work on setting up contact with various retailers and conventions in the area.
Posted by Unknown @ 12:38 No comments: