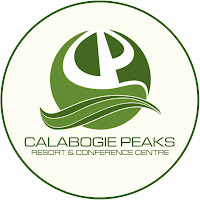 I am The Warden!!

Yeah, it's been pretty quiet around here for a while, hasn't it? If you haven't been following me on Twitter (maybe even Facebook or G+), you'll know I started working at a real job two weeks ago. And seriously, if you're reading this and not following me on any social media… c'mon!

In fact, I'm at work right now, but the networks are down (ahh, that familiar feeling) and this seemed like the perfect opportunity to post something I've been wanting to write about for days. The fact that I've been wanting to post this for days is just a prime example of the reason for this post. Taking on a real job has been incredibly demanding.

First off, the job itself. As the Graphic Designer/Social Media Specialist (yep, I tweet for a living now) for Calabogie Peaks Resort, I am responsible for all graphics and online content produced for this ski resort. On their own, either aspect of the job would occupy a full 8-hour day, but together makes for a crazy learning curve. The design hurdles are similar to many other places: learning where files are kept, how they are processed, learning to reflect your employer's values in your designs, and more are all here and more. There are many other side projects and committees on the go that I am involved in, including one for the new website design and working on developing a revised strategy for those handy little monitors you see in many resorts today.

Now let's get to the Social Media Specialist aspect. Um, there's never been one here before. It's building up a social media presence from (almost) the ground up and that's a full-time job on its own. After a couple of weeks, I've been able to develop a three-phase strategy for getting our social media presence as a strong representation for the resort's customer service and sales force, a process that will take months, if not a year, to reach full effect.

Then there was this. 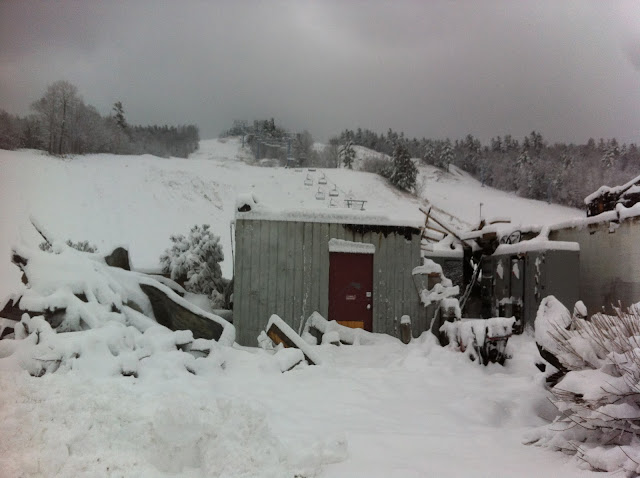 Over this past weekend, a fire started in the pump house while the overnight crew was laying down fresh snow in preparations for our original opening weekend activities. As a result, we're currently unable to make our own snow and modern snowmaking is as much about making your own as it is waiting for it to fall from the sky. The entire Marketing department, myself included, was in here over the weekend running damage control and coping with how we were going to handle the media and the public. As much as it was the absolute last thing any of us needed with winter fast approaching (take that, Game of Thrones reference!), I have to admit it was an impressive display of calm intensity as everyone got straight down to business and did what had to be done. I am incredibly honoured to be part of this team. Plus there's unlimited free coffee to all staff - it's as if they knew what made me happy!

So I guess where I'm going with this is to say my time has been incredibly occupied and it's clearly affected so many other aspects of my life. Including my sleep. Don't get me wrong, this has been three years in the making and it's exactly what I've been hoping for all these many years. For the remainder of the year, I'm pressing the pause button on all Broken Ruler Games projects and I've basically stopped participating in my online classes. This last necessity will likely lead to dropping out altogether or failing entirely, but it seems that's a risk I'll have to take if I'm going to keep this job. And you know what? I can accept that.

This isn't just about getting back out in the real world and picking up where I left off. It's about moving forward as a result of what I've gone through over the past three years. It's about being able to support my own family rather than having my family support me. It's about moving forward rather than hovering in place indefinitely. I'm still working on a secret freelance project and started up my first Under the Hood post in over two weeks, plus I'm planning to dive back into my BRG work by January. Aside from the fateful school decision (that I've been putting off confronting as I don't like to think of myself as a quitter), things can return to normal shortly.

No, not to normal. To the new normal. Oh, yeah.